One Last Hurrah Before Winter

California's northern channel islands lie about 30 miles off coast, but are a world away.
Posted in Adventures & Travel, Sailing
November 6, 2015 | 2

The California Channel Islands lie 30 miles south of Santa Barbara. There are four islands, of which Santa Cruz island is probably the most accessible and interesting. I’d read a few posts on forums about people who had sailed over on beach-cats many years ago; otherwise there was precious little evidence of this being a viable trip.

My trusty 17′ home-built catamaran has been under the covers gathering dust for over 4 years. It was time to dust it off, lash it to the roof of my car, and get it back to the water. 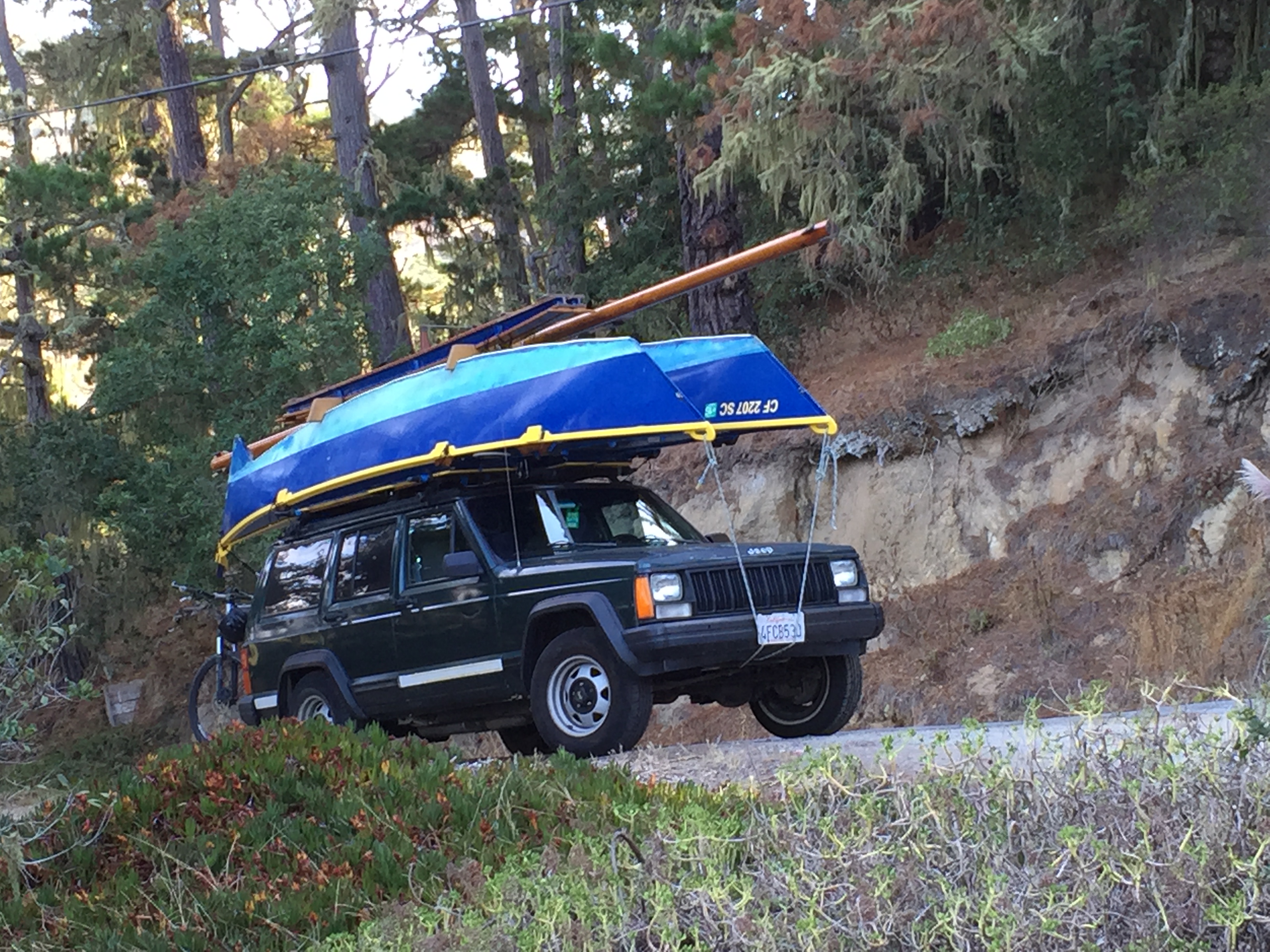 The Santa Barbara channel is notorious for it’s fickle nature, strong winds and counter currents creating rough waters. But the fall has generally nice weather and I picked up my trusty travel buddy, Jonathan Legg to make the trip and off we went.

There are numerous coves dotting the north side of Santa Cruz island. We didn’t really know where we were going to end up; the plan was to head as far west as we could. With the winds coming out of the southwest, we made it to an area known as Cueva Valdez for our first night. 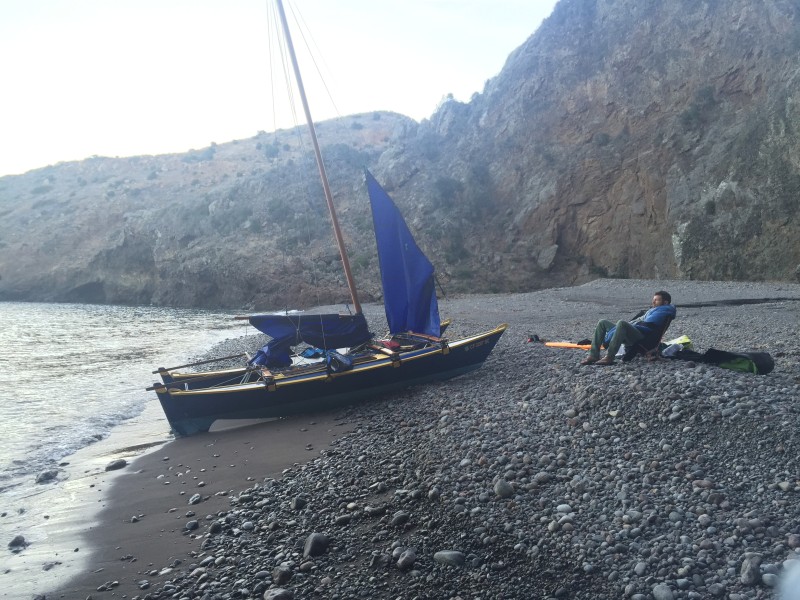 The western 3/4 of Santa Cruz island is owned by the Nature Conservancy. With two weeks notice, you can get a permit to land and explore there, but there are no facilities at all. Every cove is wild and it’s easy to feel like you are the first person to discover it. We explored the beach at Cueva Valdez the next morning. A big grotto provided a window out to the world far away. 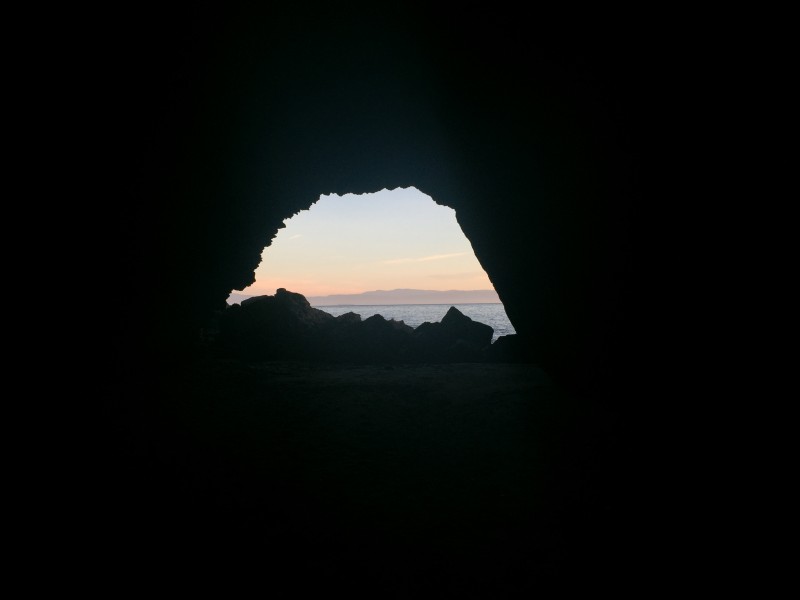 We gunkholed our way along the north coast of the island as far as the ‘painted cave’ – a huge cave that was big enough to sail our boat into. The cave went hundreds of feet inland and we couldn’t get all the way in – next time we’ll have to come back with a standup board. 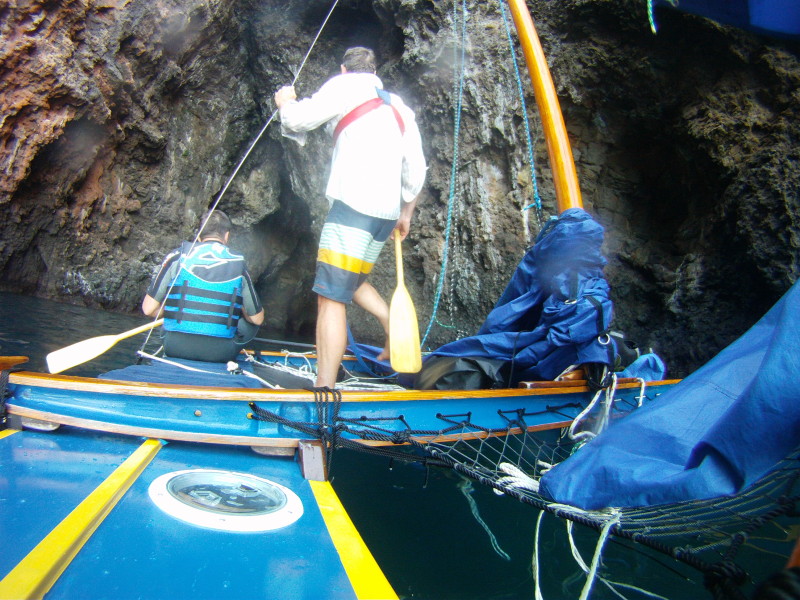 The next couple days were spent landing on more untamed beaches, exploring around, snorkelling.

Snorkelling was amazing. Unseasonably warm waters and great visibility laid open the richness of the marine world below. I was captivated with the Garibaldi and variety of life below us. If I wasn’t scared of sharks, I wouldn’t have come out. 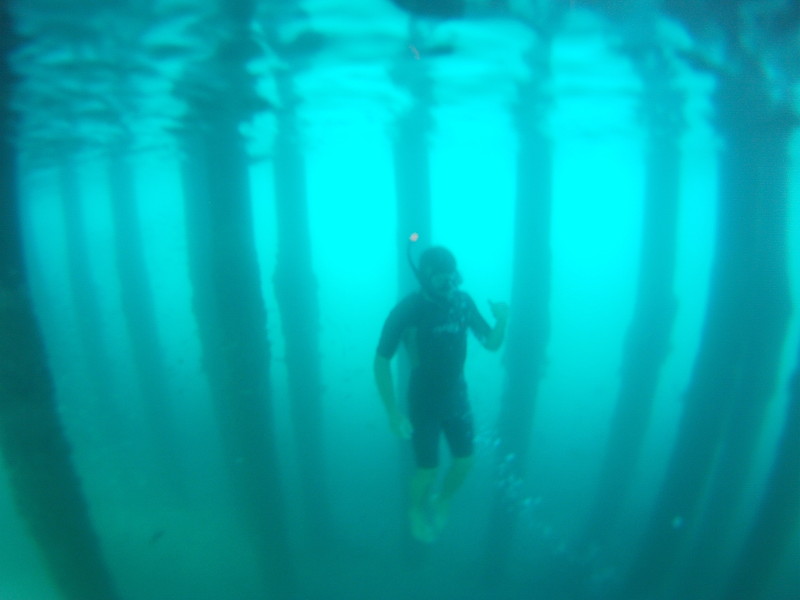 Along the way we passed the occasional dive boat, anchored sailboats or fishing boat, so we weren’t totally alone, but with no cell reception, it usually felt like it.

We worked our way back to Prisoners harbor, and spent our last night there before heading back to the mainland… a seven hour crossing in light winds. 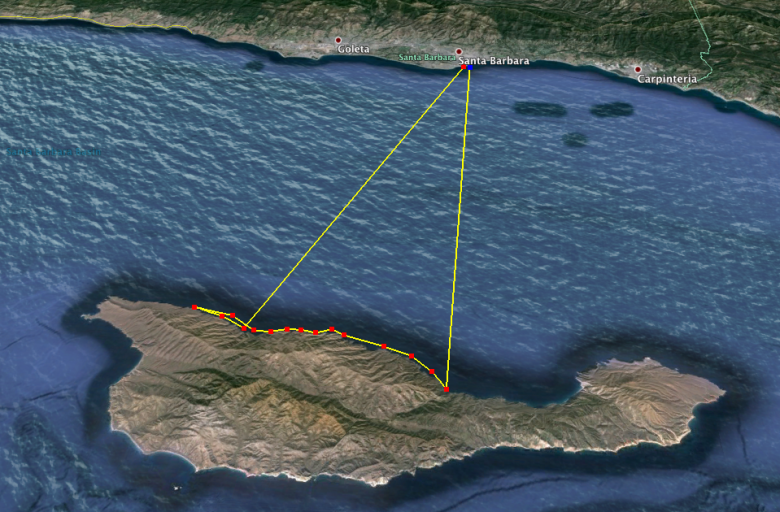 Overall thoughts… this was a delightful trip, and we only covered a small portion of the islands. It’d be fun to go back again for longer and explore further.

More info about how I built my Wharram Hitia 17, and some pictures from Sailing Baja in a Beach Cat

The Big Sur Coast is possibly one of the most rugged and scenic coastlines in the world. But getting a kayak on the water there is not easy. But it is totally worth it!