One of the biggest potential flaws in our plan has been that the most challenging part of the trip, crossing the Tablas strait, was right at the beginning.

The Tablas strait is 35 miles of open water between Tablas and Mindoro. The winter monsoon winds funnel through this passage, and with over a hundred miles of fetch, it is a proper blue-water crossing. But with the favorable weather window closing, we found ourselves rushing to prepare to cross it in a boat we had just bought.

We set ourselves a goal of departure by Wednesday at 2pm. Megan, Chris and Marissa raced to prepare food, water, life jackets and so on. Oliver, JT and I paid for the boat and made sure the final repairs were finished and then hand over the remaining P100,000 to actually buy it. And then, under the blazing afternoon sun on the beach on Boracay, we found ourselves hastily loading all our stuff into ‘Flash’ while sunbathers looked on. Finally, after a last calamansi juice at 3pm, we were on our way.

A nagging concern for quite some time had been the amount of weight we were loading our boat with. So we threw some money at the problem and hired a dive-compressor boat to join us as backup for the first leg. This was to prove money well spent.

Our goal first night was Sibalon island, about 20nm from Boracay. With four people aboard Flash, and two on the chase boat, we made good time in 10-15kts of wind. The seas were not as rough as we feared, and the journey was mostly uneventful until the sun set before we had reached the island.

Our inexperience in these waters became painfully apparent as we gingerly approached Sibalon under a half moon. There was enough light from the moon to see the beach, but we soon realized we needed much more light in order to navigate the coral reef that rose up below us, and then the seaweed farm that ran along the beach. The seaweed farm consisted of thousands and thousands of tiny floats strung together, with only a few upwind channels barely visible from which to approach the beach. The dive-boat was unable to proceed further, so Megan and Chris chose to do a late night transfer, across the shakey outriggers, and then all of us were aboard Flash.

We doused the sails and then paddled gingerly towards the unknown and a few lights and on the shore. A small village was apparent, and an electronic version of Adele’s “Someone like you” carred out across the water. The boat hit bottom about 100 yards out, after which we had to jump out and push the boat across the uneven reef bottom, past sea-urchins and who-knows-what, to the beach. Meanwhile, our arrival started to attract attention, and half a dozen flashlights started shining out towards us.

We hit the beach and were welcomed by dozens of curious faces. Men, women and many children. I don’t think many westerners do this sort of thing, for you could tell they were bemused. One asked us what our problem was, and we tried to explain that there was no problem, we just needed to stop for the night. They were still bemused, “We have no cottages for you to stay” they told us.

Eventually it became clear to them that we were happy to spend the night on the beach, and then they all rallied around to help us. It was really quite special. The guys helped us push the boat up on the beach and stabilize the outriggers. Another started a fire for us. Then as Megan and Marissa started to prepare some dinner on the beach, we were presented with some boards to sit on and a coffee-table to eat around.

Oliver meanwhile entertained the children by making a few of them bracelets from seine-twine. While curious and friendly, the kids were also super-cautious. They crouched in the sand at arms length looking on while one of them agreed to have the bracelet made. 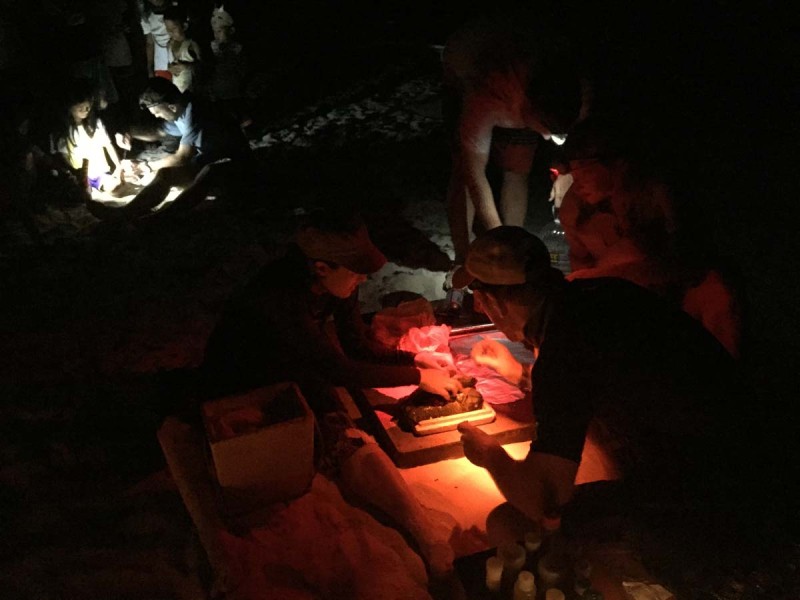 It turned into a lovely evening. We cooked the fish given to us by Evelyn earlier, over the fire. Pasta and vegetable soup accompanied. The same Adele song played over and over and over, and we ate under the moon, the stars, and on the beach on a remote island in the Sulu Sea. 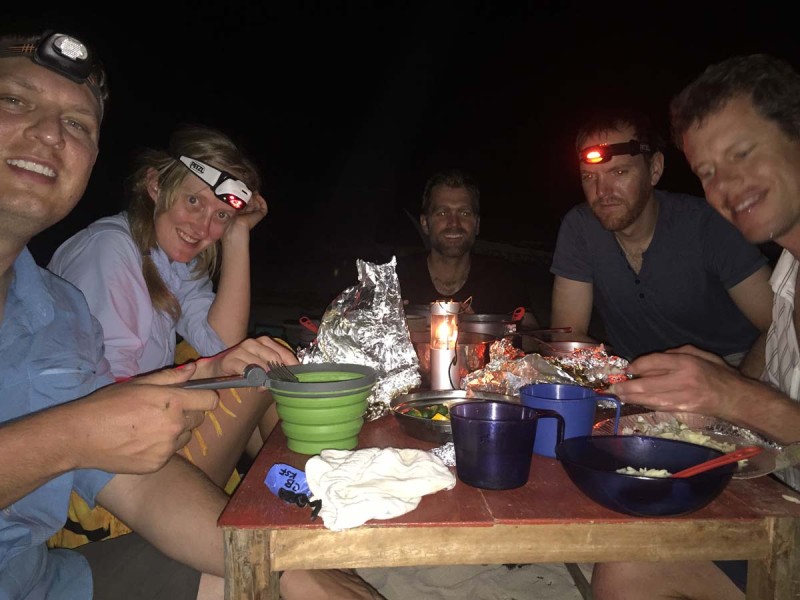 In retrospect, we left Sibalon fairly late at 9am. The best time to travel here is early morning and late afternoon. But by the time we headed out for the second half of our voyage across the Tablas Strait, the wind was building and the sun was high in the sky. . We chose to…