After a night in Ambulong and a rest-day to provision in San Jose, we were ready to attempt our longest open water passage: the crossing to Palawan.

We set off early at 5am with light winds out of the east, it proved to be a fair and uneventful crossing. The wind built slowly after sunrise allowing us to sail under main and jib at around 9kts.

About an hour into the passage we made a brief stop at my request to snorkel over a bank where the water depth came to 16ft. Fun to be out in the deep blue sea and to be able to see the bottom at the same time. No sharks came to check me out. We soon pressed on and made good time. 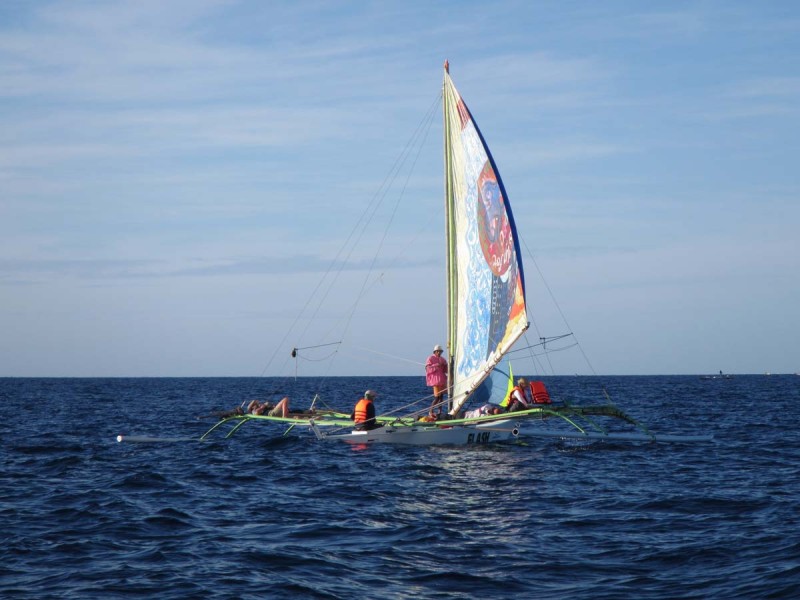 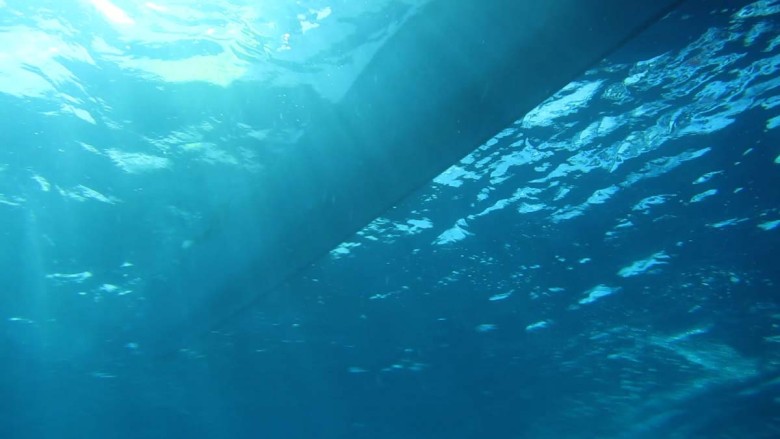 The crossing was about 40 miles, and we made most of it before the wind died around 3pm. We were all a lot more diligent about protection from the sun and all of us wore long clothing and reapplied sunscreen. Eventually after an hour of bobbing around under the blazing sun, and a few half hearted attempts to paddle and swim the boat, we accepted a tow to the island of Diwiran. 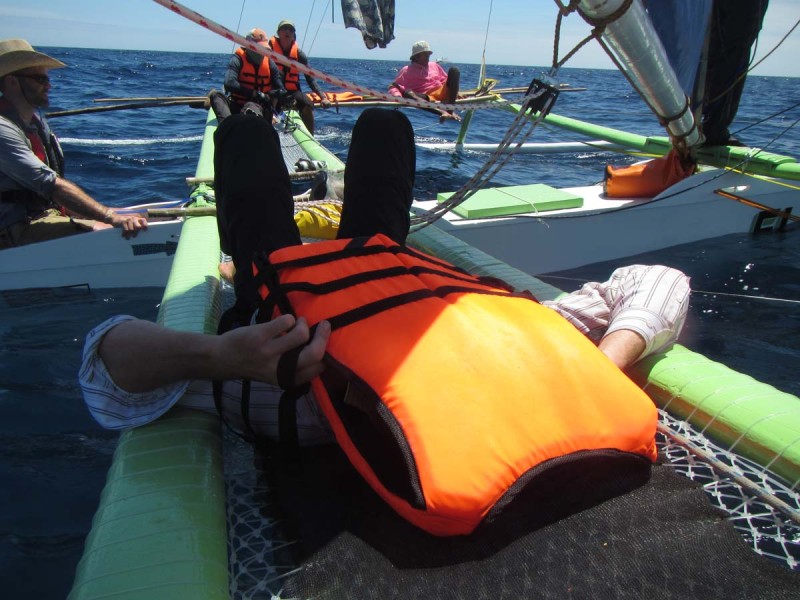 It felt like an achievement to land at Diwiran. We had made it to Palawan and were rewarded with an almost deserted island. A hut at one end of the island and a couple fishing boats at the other. We parked in the middle.

I’m curious as to who owns all these islands. The hut belonged to an older lady who claimed to be the caretaker for the island and who asked for a P300 donation for us to stay the night. Rumor has it the island belonged to Manny Pacquiao, or perhaps it was the president, and there were plans for it to be developed into a resort. But we paid up and had a beautiful beach on a beautiful evening. 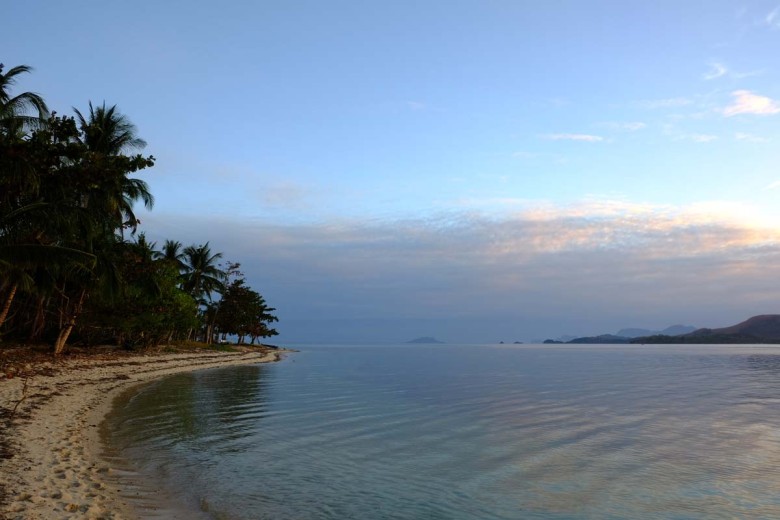 Later that evening more fishing boats arrived. Single man outrigger banca’s. It looked like they fished by line over the Mareseta reef on the other side of the island. Their flashing red and green night lights lit up the north side of the island like a disco. 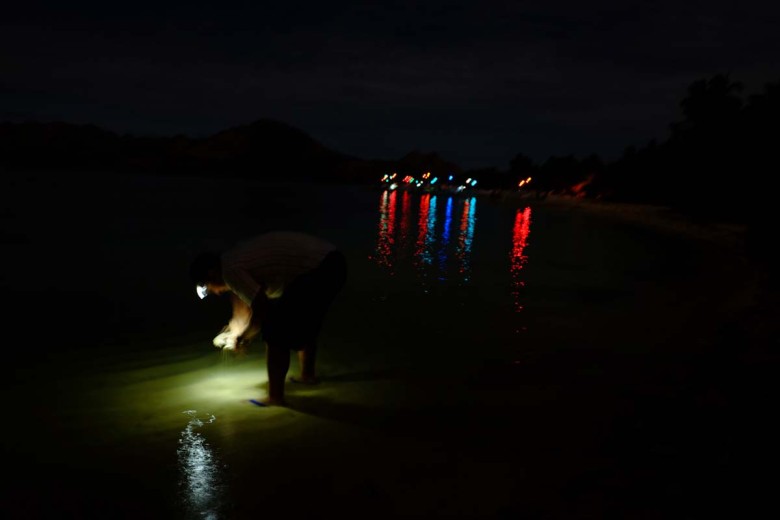 Otherwise, it felt like we were in the wild. Across the water was the main island of Busuanga, with only a plume of smoke rising through the trees to give any indication of life. There were no other lights at night. Calm water surrounded us. It felt special.

The next day, we had only to sail about 5 miles south before we passed a small craggy island off the main island of Coron with another beautiful beach. In a lazy mood and with plenty of food and water in reserve, we opted to hang out for the day on the island. Again, this…