What is an adventure?

I first visited the Philippines many years ago with my bicycle and as I looked out from land at all the islands off in the distance, it didn't take me too long to start dreaming about what it might be like to hang up the wheels, find a boat and hop around from island to island.
Posted in Exploring the Philippines by Paraw
February 2, 2015 | 2

This dream has been many years in the making. When I first came up with the idea of sailing through the Philippines, I didn’t know how to sail and I didn’t know a thing about boats.

But I was inspired enough that when I returned to the US, I started to learn to sail, and then even went on to do an apprenticeship in boatbuilding.

That path took me on to some great experiences including the building of a Chinese junk for the SF Maritime Museum, my catamaran which I sailed through Baja, and Blaze of Glory – where the discovery channel filmed me build a boat in just 48hours.

But I never came back to the Philippines. Until now

Then, on a late winter evening, stuck in a cubicle at the office, I reopened the map, and started to imagine. Could I go back to the Philippines, find a boat, sail west and explore an archipelego of exotic sounding islands… Caluya, Semirara, Mindoro, Busuanga, Coron, Palawan and ooooh, Shark’s Fin Bay. 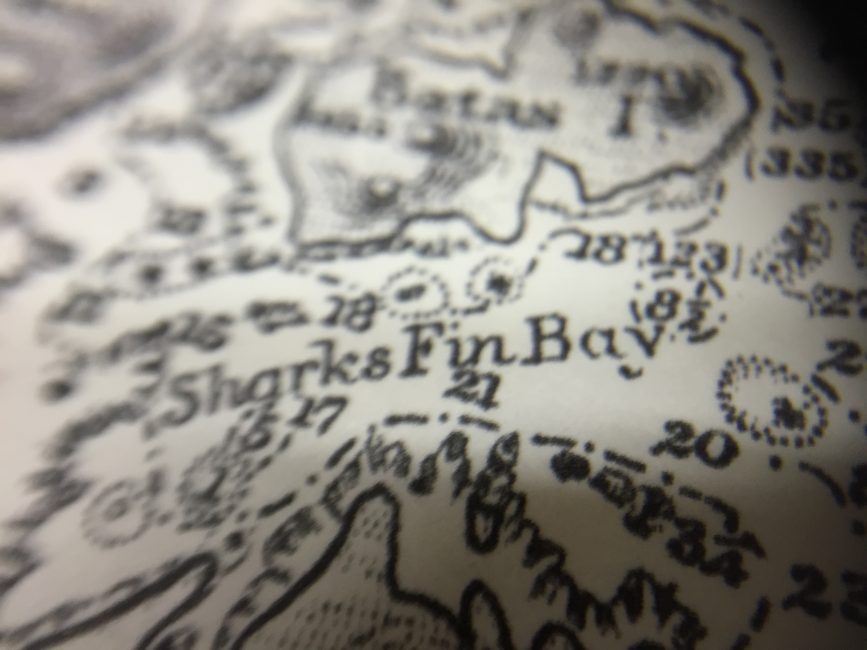 The route I was looking at was not something you could just order up off the internet. Sure, there are live-aboard dive boats, on which you can do one week trips and dive some extraordinary locations in comparative luxury. And then there were some backpacker style outfits using motor boats to do fun ‘adventury’ trips between Coron and El-Nido. It’d be easy to book one of their trips.

But I had in mind something with more freedom: a sailboat where I could control when I stopped; where one could visit places off the beaten path, sleep on beaches, and where you were in charge of your own plans.

I’ve never heard of someone doing a trip like this before. Maybe it’s the sailing part that appealed to me. Or maybe this is what makes adventuring different from holidaying. Adventures are full of uncertainty, risk, and exploration. Holidays are fun, relaxing, safe.

With no instructions on the internet, I realized I’d need to travel to the Philippines and rent or buy a sailboat when I get there.

I started throwing the idea around in early December, and I’m incredibly lucky that by early January six of my friends were asking me when they should book their tickets. 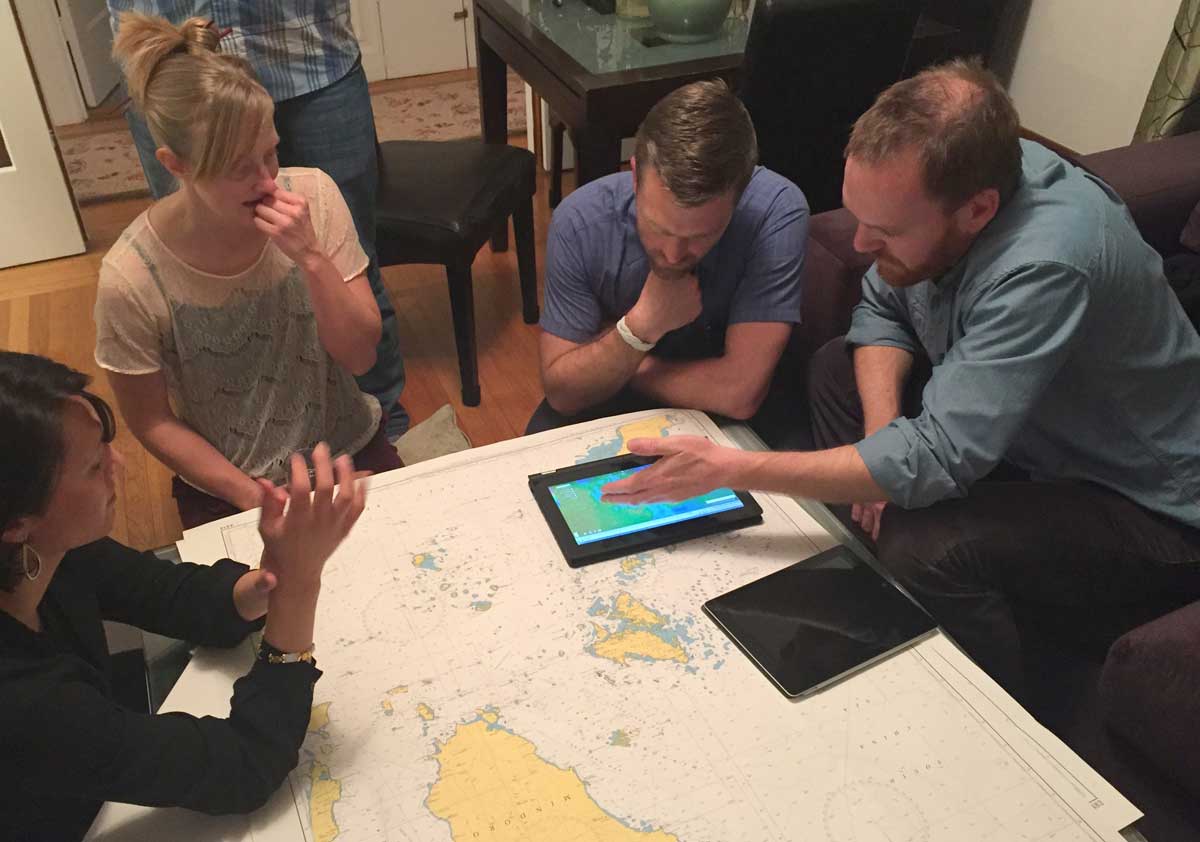 I’ll now admit to being quite surprised that anyone would want to use their precious vacations to follow this crazy plan. It’s a big leap of faith for them and also a big responsibility for me. I have not just their vacation, but now their lives riding on the viability of this idea.

As my friend Oliver once said about me, “I don’t know if I’m following a madman, or if I’m one of the mad men.”

Oliver has the ultimate resume for this trip. He practically grew up in the small boat shop at the SF Maritime Museum and learned almost everything there is to know about traditional sailing and rigging on the tall ship Niagara. He’s a former second mate on container ships, quite probably the most resourceful guy at fixing things I’ve ever met, and debonair and suave to boot! 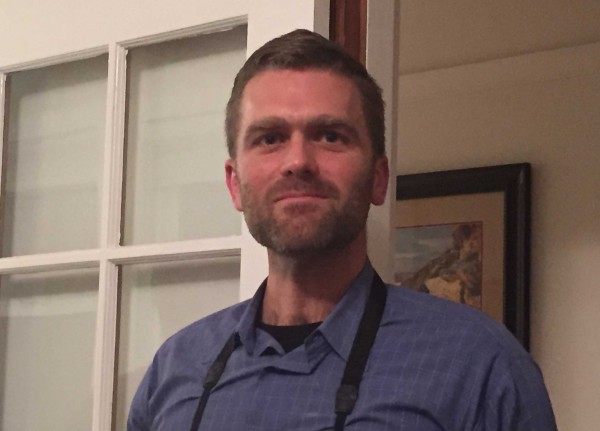 Jonathan and Marissa are long time adventure friends. We’ve kayaked into Canyons in Utah, cycled and crewed regularly on Pip for me. Over the last year they’ve both surpassed their former skipper, and last summer were out chartering their own boat and friends around Maine.

Megan & Chris are fellow dolphin club members. Megan swims like a fish, and Chris is the guy you want keeping an eye out for sharks. These are folks who get up at 5am snowshoe to the top of a mountain, while I lie in and wait for coffee and breakfast. 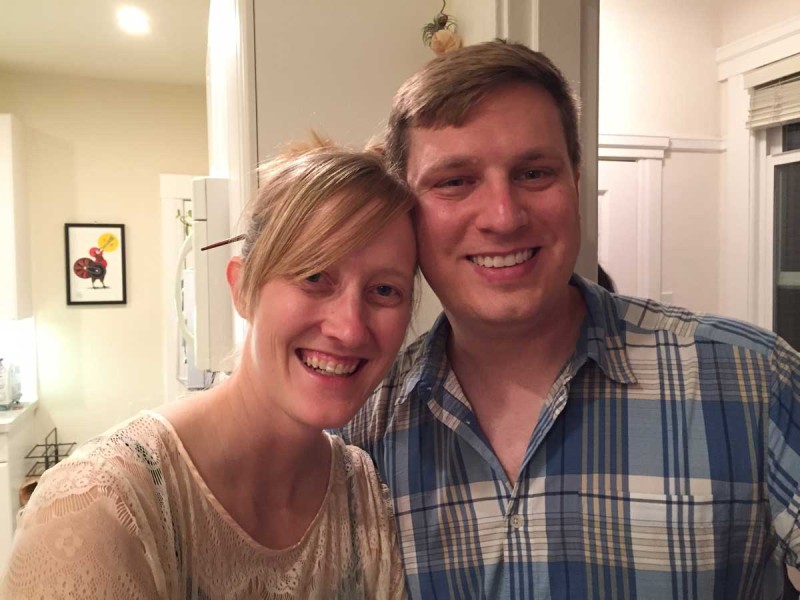 Fortunately, the best trait this group has is flexibility. They have their expectations set very low, and I think we know that even if we never find a boat, or if the trip falls apart, it’ll be a great experience with great people together in a beautiful place.

It’s crazy. I only have three weeks off work. The others can make two. My plan is to head out early, and aim for the tourist island of Boracay at the north tip of Panay as my first port of call. While motorboats have taken over the fishing industry in most of the country, I remember there was a thriving group of traditional sailors giving rides to tourists at sunset. This might be one of the last enclaves of traditional working sailboats left in the world, and it seems to be a great place to start.

Would you like to go island hopping sir, or massage?

It turns out there’s only one reason that single guys come to Boracay, and apparently it isn’t to rent a sailing boat to Palawan. I’ve given up trying to explain it to everyone, and if I don’t come back to my hotel tonight, I doubt the hotel staff will really believe the story I just gave them about leaving at 3am to sail to Iloilo.