There are now a lot of variables up in the air, and any one of them could sink this plan... quite literally.
Posted in Exploring the Philippines by Paraw
February 24, 2015 | 0

The rest of the team arrived late Sunday evening after an equally long flight via Taipei and Manila.

After a solid breakfast of eggs and sausages and mango smoothies we headed over to check on our boat. Since I last saw her, Flash has had a new coat of paint, and best of all, it now has it’s name – wahoo. 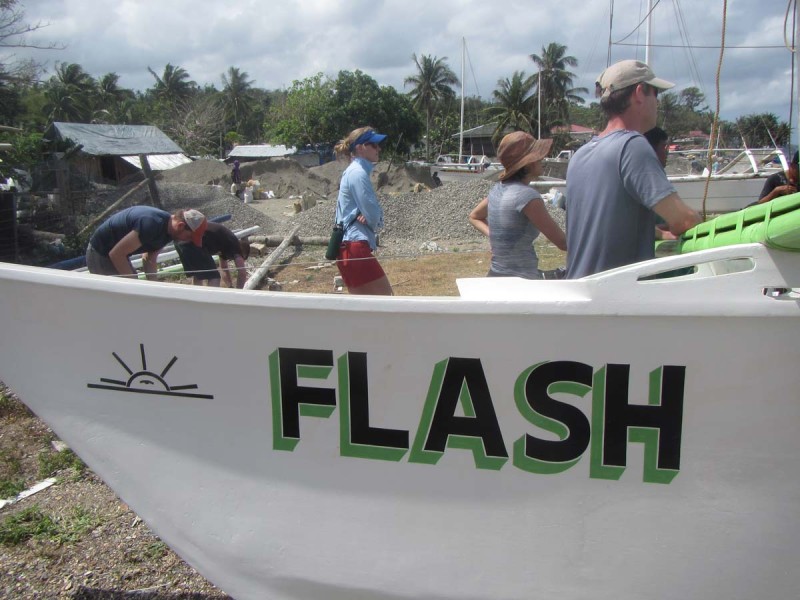 There are now a lot of variables up in the air, and any one of them could sink this plan… quite literally.

One of our biggest risks is weather. From Boracay, we must sail west into open sea and the Tablas Strait. In the middle of the crossing, the winds can be much stronger than on land, and with over a hundred miles of fetch, the waves could be far larger than what our boat was designed for. 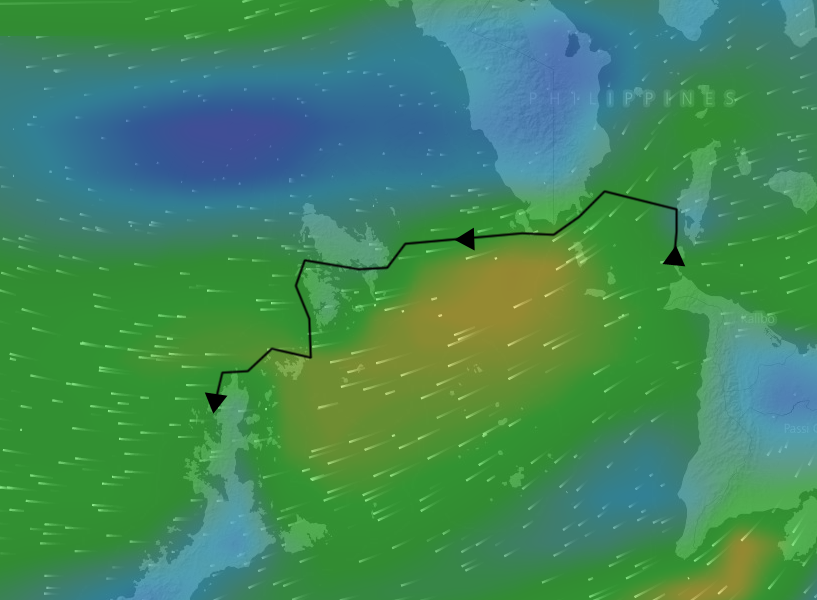 In order to make the crossing, we’ll need to catch the right weather window. The challenge is that the wind is forecast to increase in the next few days. We’ll have our work cut out for us

We definitely don’t want to be caught out there with winds like this :

I also notice that winds die down in the afternoon. I’m not quite sure why, so there’s perhaps a good argument to wait until later in the day. However, we equally do not want to be caught out in open water after dark.

We have two route options. One is to island hop to Caluya, then Semirara, and on to Mindoro. This gives us bail out spots, but there’s also an argument to be made for heading north for a while and crossing a larger stretch of sea where the winds may be lighter, and the wind direction more from our stern.

At the end of the day, this is a risky trip. We want to get to Palawan, but our lives also depend on making good judgement calls. We’ll be making this one carefully.

While Jeepy and James were working to re-rig and prepare Flash, we took the opportunity to go out for some training on a separate boat with JT at the helm. These boats are fast, but they are terrible at tacking, so it took us a while to get the hang of it. But after a few tacks and beating into weather to get round the island we were beginning to get into the swing of things.

Megan & Chris got the dunking seats, and every minute were treated to a wave of water washing over us. Which brings us to our first issue. While the boat is rated technically at 10 passengers, the reality is that six westerners plus stuff brings the boat to fully loaded. And for a major crossing like the one we need to do to Mindoro, we may be unsafely overloaded for the first leg of our voyage.

So we are considering having a couple of the group head over to Mindoro by ferry, or alternatively hiring a second boat to join us for the first leg.

The next day we spent working on Flash. We bent on the sails, improved the tramp, added our new and fancy running rigging which gained nods of approval from Ryan, Jeepy and the gang. 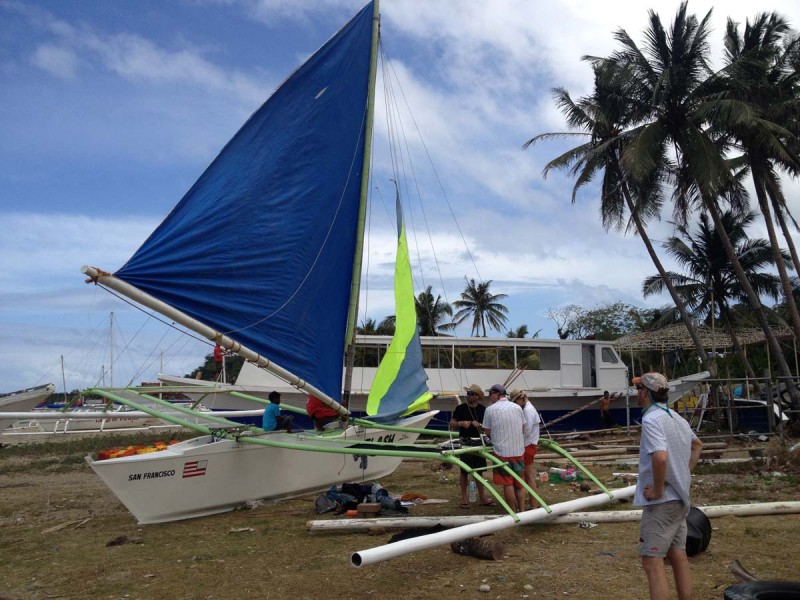 We launched around 4pm. Jeepy and Local-James came along for the first couple tacks, then we dropped them off at the beach and sailed up and down in light winds for two hours while the sun set. — aaahhhhhh. 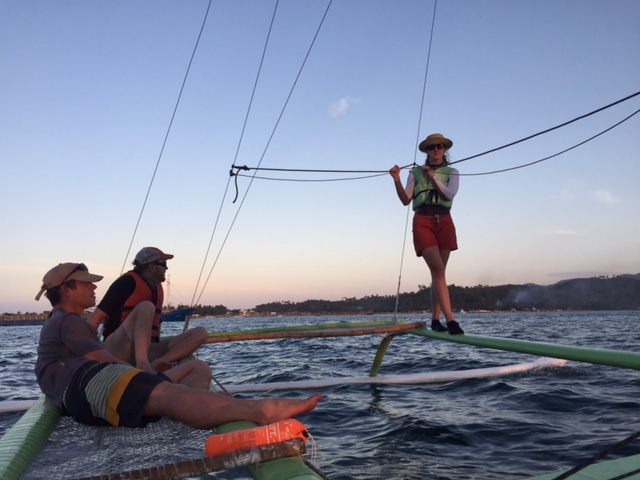 I came looking for a boat, I found friends!

I came here last week looking for a boat and not knowing anyone. I managed to find a boat, but what I didn’t expect to find was so many warm and generous people willing to give their time and energy to making this trip possible. In particular Evelyn Tolinero and Chris Lejeune have shared countless…