In retrospect, we left Sibalon fairly late at 9am. The best time to travel here is early morning and late afternoon. But by the time we headed out for the second half of our voyage across the Tablas Strait, the wind was building and the sun was high in the sky. .

We chose to fully load the boat for this step of the journey. Chris and Megan were back aboard, along with all the gear, this time more carefully stowed. Overnight, we’d rearranged our gear to be more accessible, food up front, bulk of our stuff in the middle, boat parts under the driver’s seat and personal gear lashed to the net. The support boat kept an eye on us from a distance

The waves and wind were both notably stronger than the day before. The catiks, outrigger ends, pierced the deep blue waters, and waves washed through the net and over the deck. It was a wild ride, but for the most part, the boat felt good and we made a steady 6-8 knots towards Libagao

But our problems came in quick successsion. The forward hatches were fairly waterproof. The after-hatch had been crafted the morning we left Boracay, and allowed water to drain into the hull. Then after an onimous crack from the starboard side, Oliver and I both noticed at the same time that the boat was riding lower and lower in the water. It was a gut-wrenching moment, feeling a boat slowly starting to sink from underneath you. 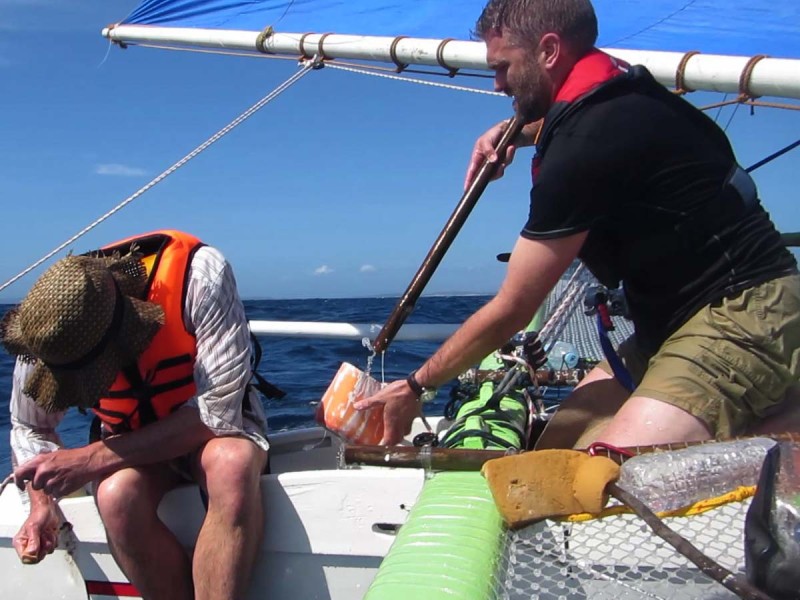 The Paraw handles well when you let go the sails and point it to wind. We ceased movement and rode with the sails lightly flapping while we peaked into the hatch behind the drivers seat. There was indeed half a foot of water inside. Oliver bailed while I started to saw larger limber holes in the rails by my seat. After twenty minutes we had it under control. The boat was lighter, and water was able to drain away from the cockpit hatch.

But the ominious crack still remained unsolved. Upon further inspection, it became apparent that the forward starboard elbow joint had cracked. With each wave, the joint was opening further. With seine-twine and a spare length of hardwood, Oliver hung over the side of the boat and was able to lash a makeshift repair. The dive-boat circled us in concern and one of their guys swam over to us to lend assistance.

It was a tense twenty minutes. But the repair was good enough for us to be able to progress gingerly onwards to Libagao Island, reaching it around 1pm.

Getting to shore was again difficult, even in daylight, but definitely much easier than the previous night. Fringing reefs surround beautiful white sandy beaches and at low tide coral heads bubble all the way up to the surface. We gingerly made it to shore, where again we were greeted with surprise. This time we did have a problem and it wasn’t long before someone brought us a nice elbow piece that was a perfect reinforcement for the break in our outrigger. Oliver bought the piece for $4 and in the blazing sun, made the repair. 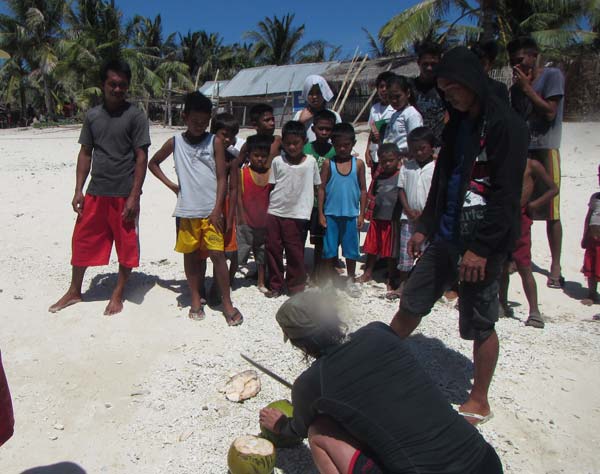 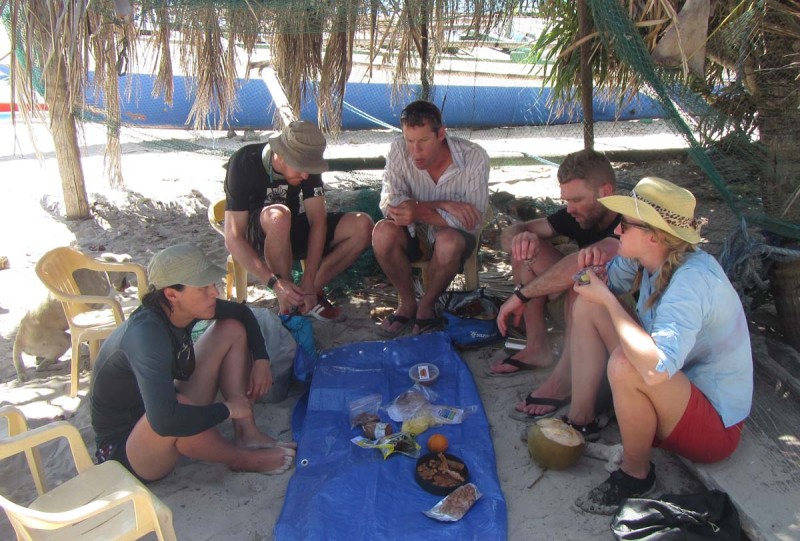 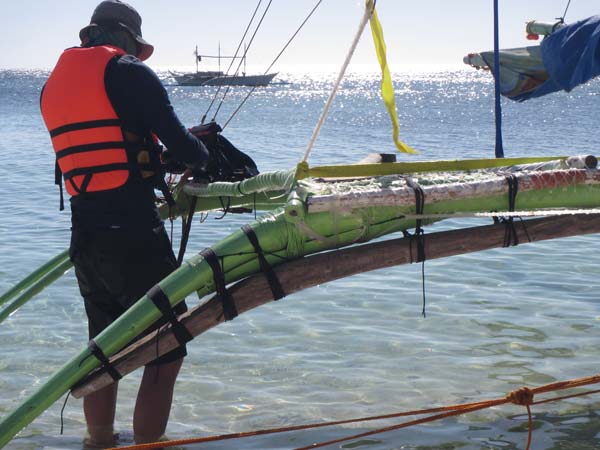 We set out again for the final stretch to Mindoro in the late afternoon. Flash handled fine and the winds were manageable. We tucked in behind the Bulalacao point, and landed on a calm beach with a tiny rustic resort with cold San Miguel’s and a home cooked dinner. 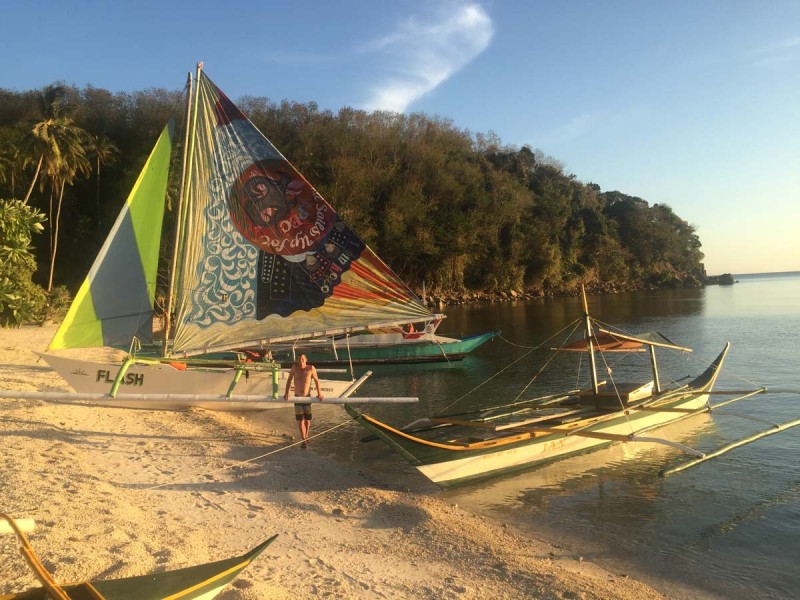 In which we head off downwind in big winds, following seas, and lots of excitement.